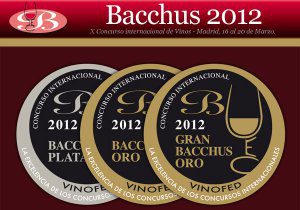 January is a month of balance and is also the time to sit and reflect on the goals we want to achieve in the new year. At the moment we are satisfied and rested for the warm welcome we had from nuestos wines in national and international competitions and above all and most importantly the reception of our consumers.

In March last year, the jury of the contest Inernacional X Bacchus Wines Bacchus Silver awarded to wines we GUTI Verdejo 2011 , Valdemoya Rosado 2011 Finca Monastery Palazuelos and 2011 . From Mundial’Bruxelles Competition 2012 ‘ we were awarded the Gold Medal for the CCL Team 2007.

In the month of November 2013 edition of the iconic Guía which covers the wider representation of samples you tasted in Spain, including new vintages and brands that will be sold during 2013 was published. Here we meet again with 91 points as featured De Alberto Verdejo 2011 ( 100 % Verdejo ) , 90 points GUTI 2011 ( Verdejo ) , or 89 points paalazuelos Monstario of 2011 ( Rueda) results.

In the last edition of the Awards of the International Wine and Spirits Competition , also known as CINVE , we were awarded in the category of still and sparkling wines, the silver award for our deAlberto 100 % Verdejo 2011 .

As you can see , we started the year with very good taste and launching our next multimedia project that soon we will communicate .