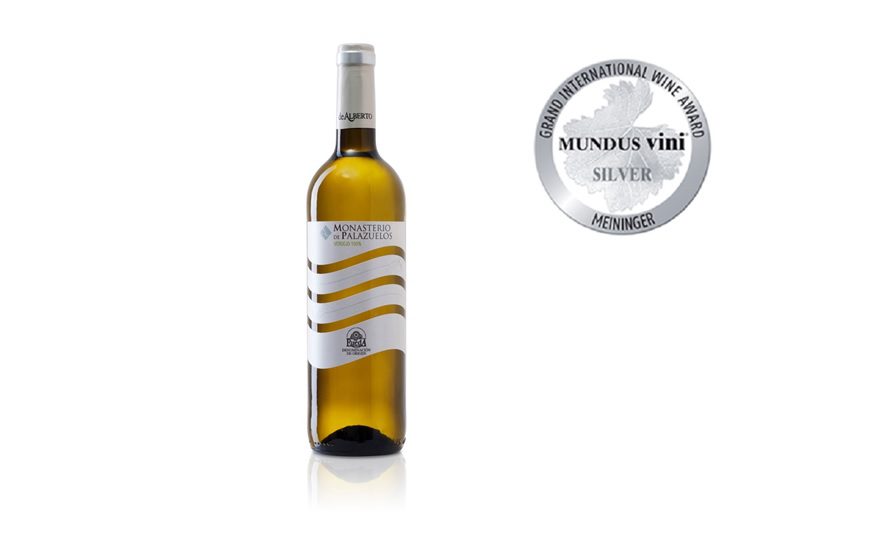 Serrada (Valladolid), February 27, 2019. Monasterio de Palazuelos Verdejo 100% DO Rueda from Bodegas De Alberto has been awarded the Silver Medal in the twenty-third edition of the Mundus Vini International Grand Prix of Wines, one of the most recognized wine competitions in the world and prelude to the celebration of the ProWein Fair in Germany, a reference point for the sector at international level.

Monasterio de Palazuelos Verdejo 100% DO Rueda can be tasted at the next edition of the ProWein Fair, which will take place between March 17 and 19 in Düsseldorf, Germany, both at Bodegas De Alberto’s own stand (F111 / Hall10 ), as in the tasting space specially dedicated for the award-winning wines at MUNDUS VINI 2019, ‘ProWein Mundus Vini Tasting Area’.

This recognition adds to the important prize list of awards obtained for this wine in other publications and competitions, such as the Gold Medal awarded at the Berliner Wein Trophy 2018, or the Silver Medals awarded by the Bacchus and Mundus Vini Awards also in 2018.

Monasterio de Palazuelos Verdejo, elaborated with the native variety of the DO Rueda, the Verdejo, in 100%, has been distinguished in the contest for its good intensity in nose and mouth and described as a straw-colored yellow wine with greenish reflections , where fruit aromas with tones of hay and aniseed memories stand out. In the mouth, it is appreciated as fresh and tasty, and its good structure and persistence stand out.