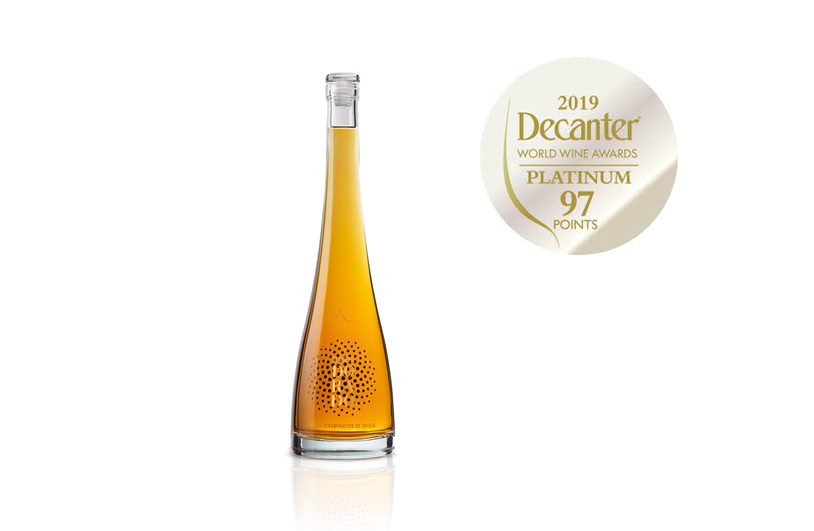 Serrada (Valladolid), May 21, 2019. De Alberto Dorado Verdejo 100% DO Rueda has been awarded with the Platinum Medal at the ‘Decanter World Wine Awards 2019’, the most important international wine competition in the United Kingdom and, created and managed by the magazine of global reference wine Decanter, one of the most relevant in the world, as the organization has announced today.

This historic wine, made according to the traditional method by Bodegas Hijos de Alberto Gutiérrez for more than 70 years, thus becomes the first wine of the Rueda Denomination of Origin to obtain the highest award of the Decanter awards, obtained only by eight wineries of Castilla y León in the history of the contest.

Alberto Dorado, made with the 100% Verdejo variety and under the DO Rueda, has been recognized with the Platinum Medal by the jury of the renowned British contest, which gathered under the maxims of the requirement and rewarding excellence, was composed of specialists in the categories of different disciplines, winemakers, distributors, specialized journalists, Masters of Wine and Master Sommeliers, among which the Masters of Wine and Master Sommelier Charles Curtis, Almudena Alberca and Aristide Spies stood out.

The ‘Decanter World Wine Awards’, the largest specialized wine competition and one of the most prestigious in the world, celebrated its 2019 edition between April 29 and May 3, followed a week later by tasting the best wines of the year by the jury for the selection of Platinum Medals, among which De Alberto Dorado was distinguished.

Bodegas De Alberto is the only winery of the DO Rueda that, with its De Alberto Dorado Verdejo 100% DO Rueda, has maintained since its birth in the 40s the elaboration of the historic golden wine, strictly following the traditional methodology: developing a crianza Oxidative in open-air ‘demijons’ and a solera aged in 600 liters capacity barrels with a mother wine of more than 70 years.